Made with GBStudio for Scream FM Jam

Are you selling phisycal copies? Yesterday I gived it a try and I liked it, so i'm waiting to play it in my original Game Boy and not in emulator!

To answer the question at the end... they attacked me. I don't normally go around shooting possums. I tried to dodge the possums initially and when I couldn't I did try and scare them off by shooting 'in the air' but that didn't seem to work. I wonder if I just let them attack me if they'll just go away or if they'll kill me eventually. There didn't seem to be any way of telling how much health I had, or even if that was a thing. They do very clearly hit you though.

Overall, it was a pretty enjoyable little game, but trying to shame the player for something you seem to be forced on them is not a good look in my opinion.

Omg that ending! It left me with a terrible feeling. Very well done.

This brings back memories from when I was a kid and played with my GB. Very cool game, loved its pixel art, great job!

Right on, one of my first .io game played. As an 80's kid this brings back memories and definitely a great job. Well done! I would like to see more.

Just started out of curiosity but got instantly hooked, amazing job.

I genuinely enjoyed this game. Good job keep up the good work.

Before i even saw youtubers play this i was on here looking for a game to play while bored at work. Without expecting anything or even reading description i extremely enjoyed this game. It was interesting, a good twist, the pixel art was very detailed and incredible. Nothing really even critical to say i really adore this.

This was an absolutely unexpected and phenomenal entry into the Scream FM Horror Game Jam. Extended continuation of review below video ↓

By just a few short lines of dialogue in the beginning, you'd be remiss to believe this was just another super secret and strange fanatical cult story because you've managed to subvert everyone's expectations by the ending twist; even with all the foreshadowing, I never expected it.

I love the characters and how they each have their own worldly personalities - it's so fun to imagine how their voices would sound; their designs, as well as the environment, are unsettling and memorable. A part of me wonders, if such a cult with the scientific know-how could or did exist, how many people would unflinchingly give themselves to Bill of the group and never look back. It's a scary thought fit for a Steven King novel!

The most notable thing about this entry is the old Game Boy aesthetic - very cool. I'd gladly play a game developed by you/your team set in a similar uncanny world. The only negative I have is the soundtrack sound level: perhaps it could be a bit lower as it plays on repeat.

As user Oppodelldog said it best, "A deep dive into the shallows of mankind."

This was one of the best things I've played for a long ti,e. Great stuff.  Game #5

Thanks for playing! Great video

Good job! It scared me.

id just like to ask, what game engine was this made with?

Its's made with GB Studio which amazingly creates roms that run on the original Game Boy!

wow, ive never heard of that, thanks!

A deep dive into the obscure shallows of mankind.

i loved it! reminded me a bit of scooby doo classic creep capers for GBC. the pace of exploring the setting was nice too

I'll have to check that out sometime!

Not bad! Had fun playing it! Like the creepiness. :)

Reply
Antony.Bunkum21 days ago
Brilliant game! Throughly enjoyed this one and I’m going to play it again to see if there are any alternative endings. I thought I’d do a walkthrough for this as part of my “3 scary games” series. This game is the first one. I love the game boy style graphics and  audio, and I thought that the gameplay was top notch!
Reply
jimmyjack21 days ago(+1)

Dude you have what it takes! Good stuff!

Hey thanks I really appreciate it

The best thing about this game is it doesn't try and do too much! You kept it very focused and polished. Very cool!

Fantastic art design. And the story was surprisingly gripping. One small piece of feedback: the character can be hard to move around obstacles. It would be good if he could "slip" around them.

Thanks for playing! I know what you mean but the engine does not allow that. Maybe I'll put less little stuff to get stuck on in future games.

Wow! This is awesome! I wish it were much longer!

haha funny to see a speed run! If you want to shave off some time if you talk to the tall guy when you have the shotgun you can skip the part where the camera pans over to him from the lock.

This game, stylistically was amazing, I enjoyed the cult like vibe and the interesting ending, that was both unsatisfying yet revealed a lot. Good job!

Love your game! The GBC style suits the game really well and somehow still comes off as scary and unsettling.

Reply
Neco The Sergal26 days ago

Gave it a Let's Play, though I am confused with how something as gentle as an Opossum could be used and represented as being so aggressive, lol

Hey thanks for playing! It was interesting to hear your thoughts on game jam games. I think I half agree with you. Making game jam games does make you rush to the point where you are compromising what you want to do but if I didn't have the limited time-frame I don't think this game would exist at all. I'm working on a much bigger more complete game at the moment so this was really a side project to take a break from my bigger project. I wouldn't have been able to spare more time away from the other project so basically it was this or nothing and I was pretty happy with what I accomplished in 9 days. I'd rather have it exist in its current form than not at all.

Reply
Neco The Sergal25 days ago

Understandable, on the aspect of 'something on the side', I guess, whether its to avoid 'Burnout' or to throw some spice at the steak that is your creative-life or lifestyle (Being a game dev), where spicing things with Carrots on the side because the steak is large and you want some potatoes on that plate. Food analogies always work.

Although, I am definitely a person who would just cook a single slab of salmon or steak and eat nothing else, just that hunk of meat, other people can't eat like that. Hah. 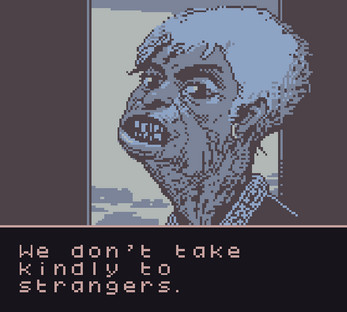 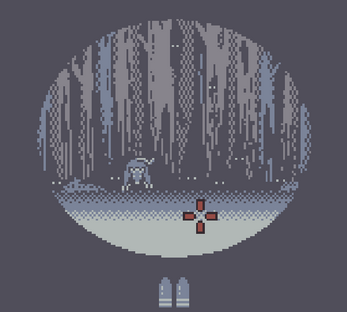 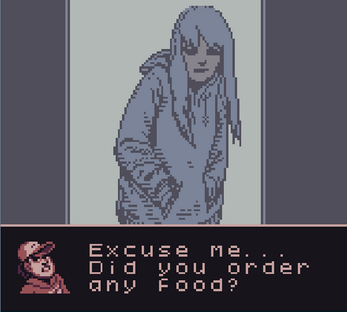 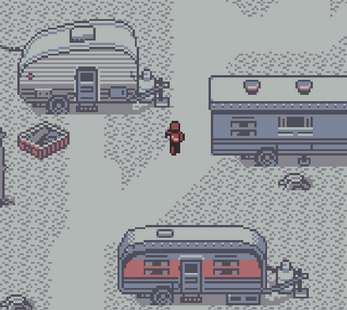