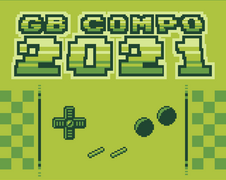 This is a submission to Game Boy Competition 2021

View the submission page for this entry
Download Now

You are employee #X276, contracted by the mining mega-corporation DSMR to travel off-planet and mine for valuable resources.

Use your company issued Mech to solve puzzles on various planets beyond the solar system. Every move counts as you carry out your mission in time to get home for your wedding anniversary and daughters birthday!

Made using GB Studio for the GB Compo 2021 game jam.

Really nice game! All the feels of Mole Mania, too!

Anyway, I'm on planet 3 now, and I do wonder what that zone 2s on the second planet is for. You can't enter it until you finish the last level of the planet, but there's nothing you can do there other than take off. (You can't even go back left.)

Is that a bug?

The game is really enjoyable and I'll play more later. :)

That seems like a bug. You should be able to go left after beating 2-12. We'll look into it. Thanks for playing!

That bug is now fixed in v1.3 thanks very much for the heads up :)

Such a wonderful, unique and original game idea! I love it! The puzzle design is very clever and creative, the graphcis are simply beautiful. I play it on my Pocket GO S30 and I'm having a blast with it. Well done!

Thanks so much! Be sure to tell your friends. We want to try to release a cartridge at some point.

Reply
TsukuruHouse14 days ago
It's a nice puzzle.
Reply
torte0017 days ago

A realy great game. the puzzles are well made.

Thanks so much, glad you enjoyed it!

I'm unable to pass the 5th level of 3rd planet.

For me it looks like a bug (see the screenshot). I've successfully placed a block on one switch and put myself on second, but the little train didn't move.

Also, when I commit auto-destruction, I can see explosion animation but not on a fields where my mech is places, but on the second switch, where the ice block is placed.

Thanks for letting us know, Bug has been fixed. But you can still complete the level as it is - the solution doesnt require the Mech to be placed on a pressure switch. You will need to find a way to get an ice block on both pressure switches to progress.

Thank you - I've managed to pass that level :)

Thanks for playing! Glad you liked it.

Brutal! Brilliant art and animation, fun gameplay and great puzzles. A must have for everyone's GameBoy library. An excellent example of how hard work pays off with a great product. Congratulations guys!

Thanks so much! I have been enjoying your game as well. The regular achievement unlocks provide a satisfying reward while playing and I like the attention to detail you have implemented (Like the drop in player speed when walking up and down stairs in game!) Very well done :)

Such a cool  game! One of the best gbcompo games for sure!

Cheers! Thanks for playing!

Great game! Reminds me of the Mole Madness game mechanic of digging. Jelter with another win.

Thanks! Mole Mania was one of my inspirations for this game! That and Into the Breach mainly. Glad you liked it. :)

I'm pretty much in love with this game... Will be looking for a cart release whenever you guys are ready! (I'm hoping - really soon)

Also - I never thought I would use a "self destruct" function this often..!

I'm showing this game to all my junkyard friends!!

If you want to restart a level the fast way you can skip the countdown on the self destruct by getting out of the mech first.

Dang this game looks great, and has a really fun puzzle mechanic too. Nice work!

Really glad to hear that you liked it. Thanks for playing!

Thanks! You wouldn't believe how much we nerded out trying to get it right.

Very unique and enjoyable concept. Wishing I had this for my Game Boy during those long drives as a child. Keep up the good work!

Thank you for the nice feedback. And so great to see a recorded playthrough!!

Reply
The Flying Cortijo27 days ago(+2)

Thank you! Happy to hear you had a great time.

Thanks for letting us know! We will look into it and fix it up. EDIT: Bug has been fixed. Thanks again for the heads up.

Beat the game a few hours after my last post. Pretty good quality rom, good graphics, music. Gameplay mechanics, puzzles, and difficulty scaling are solid. Good job! Decided to do another more thorough playthrough/bug test since I ran into a few more in later levels:

Ending the level your bot moves off to the left instead of up/out the exit.

3 horizontal solid tiles on the surface level just above the exit arrow can be drilled down through when they shouldn't be.

When refueling from the depot from below and completing the level, when you play the level again and try to refuel from above, the depot moves you down instead of pushing you back up, getting you stuck and potentially forcing a destruct/restart. This one seems to be hit/miss on replication.

On the surface, along the horizontal row of solid tiles just below the fuel depot/exit, the last two tiles to the right can be drilled down through. Both get you stuck on rocks below, the right most you can drill back up, but the one to the left of it gets you stuck, forcing a destruct/restart.

Self destructing on the surface warps you to the left side of the map.

Collecting the crystal doesn't show up on the level map.

Walking into the power shed the players character is the mech instead of the pilot sprite.

On the lower level on the space just above the pit on the far left, you can drill up into a rock formation and get stuck until you drill down.

Multiple solid tiles around the surface volcano in the upper left can be drilled up/down through, putting the player out of bounds/ getting stuck.

After entering/level selecting 8 times, when leaving a level with level select and entering another level, open the main menu, it will warp you to the level you left. If you self destruct, you'll be moved to that world/level and come out from it on the level map. If you instead go to level select directly you'll come out the recently selected map on the world/level map. This seems to remain persistent across all worlds/levels when it occurs, with the map you selected potentially having more minerals than the bugged map you get warped to, the ore requirements persist, and the player, movable blocks and obsticals are displaced or added and don't work right, so you'll have to self destruct/leave the level and restart. In instances I couldn't play world 1-12 as it would spawn in world 1-11, same with 2-4 spawning 2-3, and after re-routing the power in 2-4 and going out the building, it would warp to 2-3, breaking the game. Rebooting it fixes the issue.

-One instance in world 2-12 also had the mech suit disappear when exiting it until you self destruct. Could be related to level select bug.

P.S. Managed to get PAR on most levels, and high scores on others. Can't tell whether its always achievable, but is good fun. ;)

Thanks so much for going to all this effort and letting us know about these bugs you found. It's such a complex game to code, lots of actors talking to other actors, with all sorts of different states to track across the surface and underground scenes. I spent many many hours debugging and knew I wouldnt be able to find all the issues when I played through time and again - especially since we were on a tight schedule with the jam. Its unusual to find someone happy to playtest for bugs at all so I really appreciate you taking the time to put all this together.

The highscores for each level are the dev highscores we set (having played the levels over and over). They are pretty hard to get. Many of them, I think can only be equaled.

We will look into fixing these bugs asap. Thanks again!

Really great game! Both the graphics, mechanics and design of the levels.

Regarding high-scores, I finally equated or beat them all (2-11 was really difficult to find the correct trick to equate it). Several levels can be beaten by 1 move, while 2 levels were hard to equate because I was off by 1, which led to a bug I'm not sure of: for some levels it seems that the end count can be off by 1 sometimes, and sometimes not. Doing the same circuit on level 1-10 gives 61 or 60, so I had a hard time equating the high scores. For level 2-11 I had the same issue were I did the exact same circuit twice and only equated the high score the second time. Since I beat almost half of the level by 1 move, it seems to me there is something off with the final count in some circumstances.

Anyway, that was fun and interesting to play, thanks!

Rad, thanks so much!

I think that when choosing the level select option in the pause menu, the game is not resetting a bunch of variables and so we will need to look at fixing all of that - it is clearly bugging out lots of stored variables when returning to other levels.

The crystals currently don't reappear in a level if you get it and then leave immediately, I wanted to make it so you would need to collect the crystal AND complete the level in order for that progress to save (I even designed a few levels that incorporate additional interesting puzzles just with that in mind) but ran out of time in the jam.

I have recently recognized that the move counter can sometimes count extra moves erroneously - we will definitely be fixing this!

Congrats on getting the high scores! It makes me really proud to know that someone out there cared to challenge themselves because they enjoyed the game so much. I made this game for people like you! 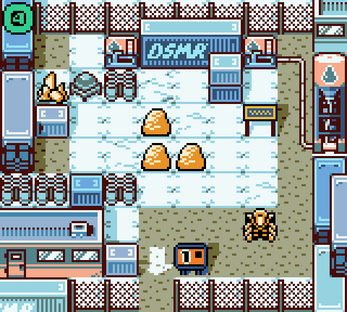 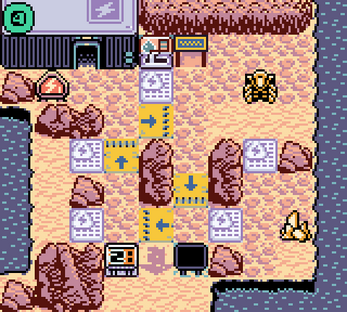 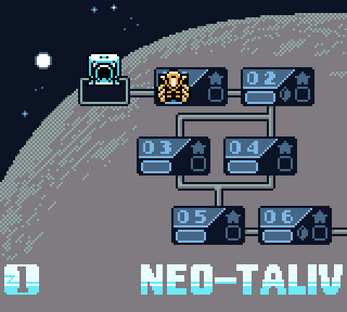